In my last blog article, I did some research and gave seven good reasons why teenagers should attend summer camp at least once. I wanted to validate my reasons, so I interviewed a summer camp expert, SgtMaj Ford Kinsley.

SgtMaj Kinsley is the commandant of cadets at Marine Military Academy and the director of MMA Summer Camp. Every July he runs a four-week, military adventure camp for boys ages 12-17. He has done this for nearly 20 years.

After speaking with SgtMaj Kinsley, it turns out that my reasons were spot on! I went through my check list and took notes of what SgtMaj Kinsley had to say.

Why Teenagers Need Summer Camp –
putting the reasons to the test

Though most summer camps are not as intense as MMA Summer Camp, they all provide a certain level of structure and routine.

“Structure and routine aren’t bad things. In fact, teenagers actually end up having more fun when the day their day is planned out,” SgtMaj Kinsley said.

The summer camp at MMA is HIGHLY regimented. All campers wake up at 6 a.m. and go to bed at 10 p.m. In that 16-hour day, the campers participate in at least eight indoor and outdoor activities.

“All day, every day, they are doing something,” he said. “They might be marching or crawling through the mud course, but they are always somewhere participating in an activity.”

According to SgtMaj Kinsley, it’s good for teenagers to stay busy.

“Busy teenagers actually do better in school because they develop a strong work ethic. People who have nothing to do never accomplish anything,” he said.

Summer camp allows teenagers to exercise as they have fun – and the campers at MMA know this better than anyone! Whether its rappelling, paintball or boxing, almost all of their activities are physical.

“Most of the kids who come to our camp are grossly out of shape and have probably never done anything physical,” he said. “We change that, and we teach them how to survive without their Game Boys and Xboxes.”

Everyone knows that exercise is necessary in order to maintain good health and a functional body, but are there any other benefits?

“Absolutely! Exercise keeps you mentally alert and sharp. It’s an excellent habit for teenagers to get into because it will help them perform better in school,” SgtMaj Kinsley said. “It also helps them sleep hard at night.”

Not only will teenagers make new friends at summer camp, but their new friends are more likely to be from other regions, states or countries.

“Name a country or a state, and I’ll bet we have a camper from there,” SgtMaj Kinsley said.

SgtMaj Kinsley has seen first-hand how valuable it is for teens to meet people who come from different areas and/or cultures.

“Our campers don’t just make a friend, they also learn about language, customs and geography,” he said. “More importantly, they learn early on that people, no matter what they look like or where they come from, aren’t very different after all.”

Most summer camps teach and impress good social skills … and for good reason! According to SgtMaj Kinsley, the better social skills the campers possess, such as respect, teamwork and communication, the better the experience becomes for everyone.

At MMA, campers must respect the drill instructors and staff and speak to them courteously and properly, using words such as “sir,” “may,” “thank you” and “yes” (not “yeah”). They must also learn how to think and work as a team. The teenagers are also taught the most important rule of communication: Speak clearly and concisely and do not interrupt.

“The social skills vary among the campers. Some may be too shy while others may be too brash. Whatever the case, they learn how to interact with all types of people,” SgtMaj Kinsley said. “Teenagers may not realize it now, but their ability to work well with people and articulate clearly and effectively will determine their future success.”

Many of the summer camp activities actually help the campers build their social skills.

“Their success on the team activities depends on how well they work together and communicate,” he said. “It’s better for them to learn it here instead of the workplace.”

All teenagers will probably face some type of challenge at summer camp, and that is okay.

“Teenagers need challenges, because you can’t grow without them,” SgtMaj Kinsley said. “Summer camp gives these kids an opportunity to test and challenge themselves to find out what they’re capable of.”

He described most of the activities his campers have to participate in. Some sounded exciting. Others sounded SCARE-Y!

“For the boy who is afraid of heights, the Stairway to Heaven will be very hard for him to do. The high ropes are also pretty tough for many of the campers – especially when it’s time to jump off the power pole,” he said.

Fear and anxiety are natural, but these emotions should not stop teenagers from trying.

“It’s usually hard for them to start, but as they get further and further along the activity, their doubt begins to lessen and their confidence begins to grow,” SgtMaj Kinsley said. “With a little bit of focus, and some encouragement, campers can accomplish things they never thought possible.”

Summer camp has some very positive side effects. When teenagers learn new things at camp or overcome challenges, it boosts their self-esteem.

Summer camp can even be a “game-changer” for some teenagers. SgtMaj Kinsley receives letter and emails from parents every year after the campers get home.

While it may not be complete freedom, summer camp allows teenagers to experience independence. It’s not always easy, but teens and their parents need to practice letting go.

“For many of our campers, it’s the first time they’ve ever been away from home,” SgtMaj Kinsley said. “Some of them get homesick, but they usually get over it after the first week, once they’ve made friends and adjusted to the routine.”

According to SgtMaj Kinsley, most teenagers do not realize how much they depend on their parents until they attend summer camp.

“Many teenagers learn how to do their own laundry, make their own bed, pick up their own room and even save their money,” SgtMaj Kinsley said. “Though every camp is different, what they learn at summer camp generally helps them when it’s time to move away from home.”

There you have it! It’s important for teenagers to attend summer camp.

Summer is right around the corner, so if summer camp is an option for your teen, you need to start planning. Being a college student myself, I think I might take the summer off and try to get a job as a camp counselor! 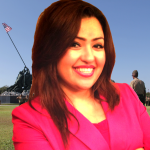 Danielle Banda is a communications major at the University of Texas at Brownsville.

Marine Military Academy is an all boys private college preparatory boarding school. For more information about our summer camp visit our website: http://www.summer-camp-mma.com/

Coping Tips When Your Child Is Away at Summer Camp

Using the Internet to Find the Right Summer Camp