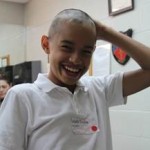 The popularity of MMA Summer Camp extends both near home and overseas.

These percentages are significant considering the international population in the past has averaged 25 to 30 percent and the non-Texas domestic population has average 15 to 25. Though Texas is still the primary feeder state for Marine Military Academy (MMA) and its summer camp program, the rise in the two percentages means that MMA Summer Camp is no longer the best-kept secret in Texas.

MMA Summer Camp is an outdoor adventure camp for young men ages 12 to 17 that packs four weeks of constant activity. In 28 days, campers will participate in 30 different activities – from archery to mud diving to ziplining – that promote learning and fun.

Run by retired U. S. Marines, the tight camp structure and challenging activities are designed to improve the fitness, focus and self-confidence of the campers and build their self-discipline, character and leadership skills.

Plan Ahead and Reserve Your Spot – Summer Camp 2022

Summer Camp 2022 is Just Around the Corner